With the Grand Départ of the 2014 Tour de France taking place in Yorkshire an extraordinary event,The Grand Departs, was devised by Hebden Bridge Piano Festival and Imove.

Whilst our director Dave Nelson set about composing new piano music to be played throughout the climb by local, regional and international pianists, sculptor/engineer Andy Plant was brought on board to design and build a bespoke vehicle called the PianoPorté to carry the piano, and to be propelled by, after much consideration, a total of 18 cyclists.

And so it was that on 5 April 2014 teams of Calderdale’s most resilient cyclists really did haul a grand piano, loaned by The Piano Man, all the way from Mytholmroyd, up through Cragg Vale to the top of Blackstone Edge, the longest continuous ascent in England and included in the Tour de France route through Yorkshire as a particularly gruelling feature of the race.

The send-off in Mytholmroyd was a a wonderful event, with bell-ringing from St Michael’s being the cue for internationally-renowned pianist Kathryn Stott (who also happens to be the Piano Festival’s patron) to strike up the first bars of Dave Nelson’s Piano Cycle.

It has been estimated that around 2,500 people in all either watched or participated as a succession of pianists including the fabulous Jez Colbourne played the nine pieces of Piano Cycle as the PianoPorté made its journey – with regular stops for tea, cake and beer to keep spirits up! To our astonishment literally hundreds of walkers and cyclists joined the procession, many of whom were still with us when we reached the top.

The photographs and video clips tell the story and capture the essence of this truly bonkers and totally wonderful event. See more here.

The Grand Departs was presented by the piano festival togther with Imove as an official part of Yorkshire Festival 2014, the first ever arts festival to precede the Grand Départ in its 111 year history. It was also supported by Calderdale Council and Legacy Trust UK. 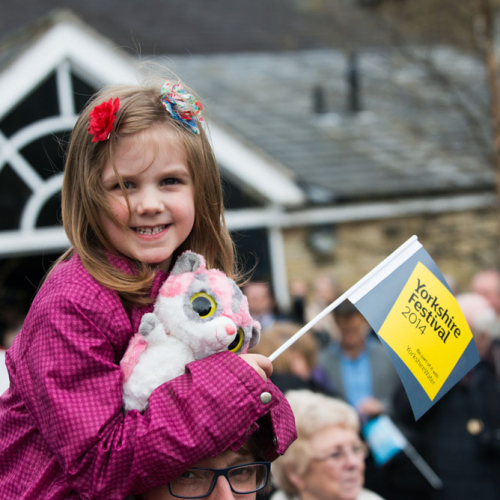 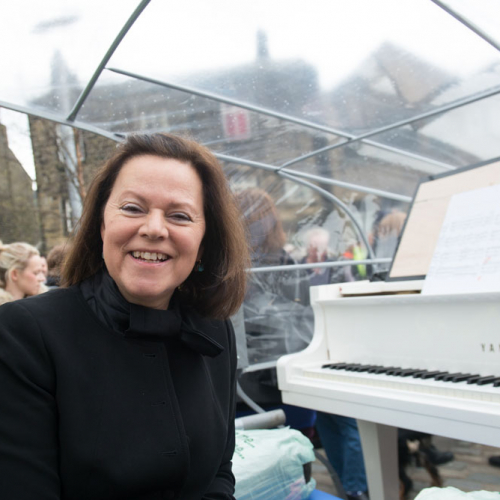 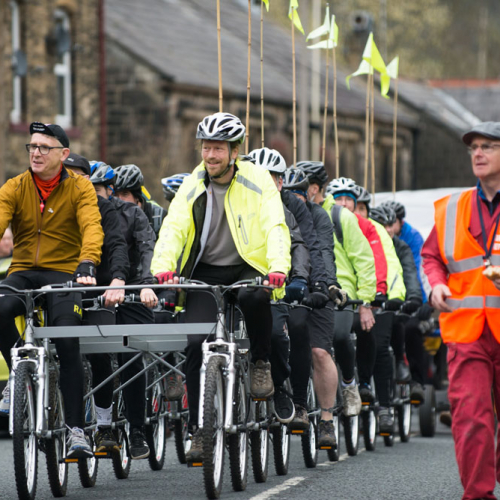 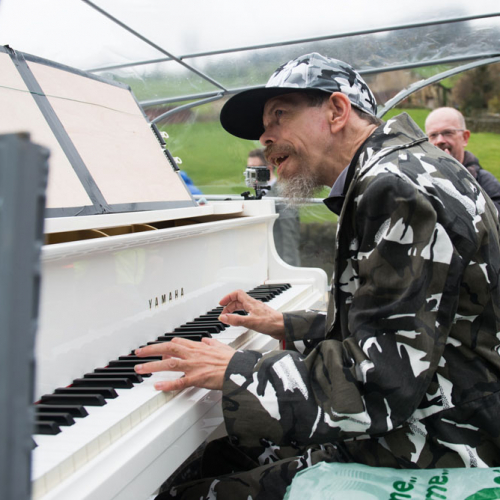 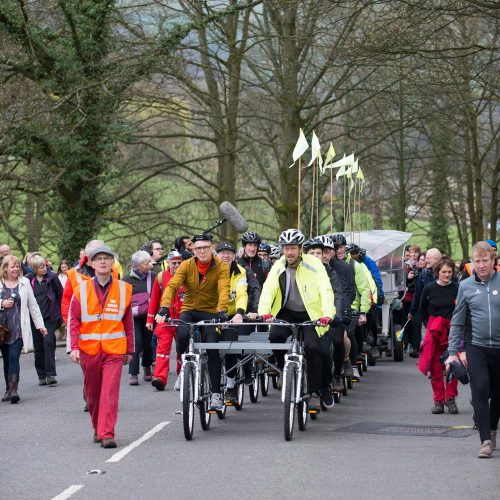 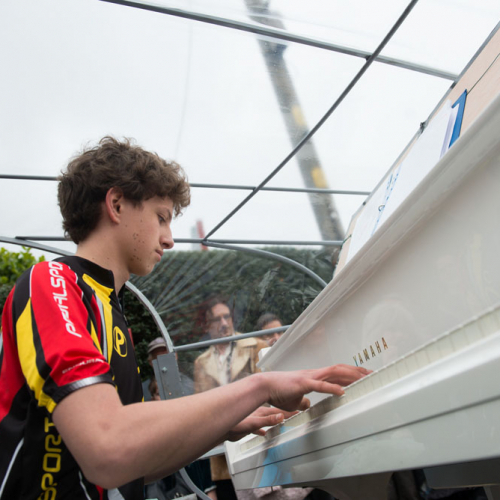 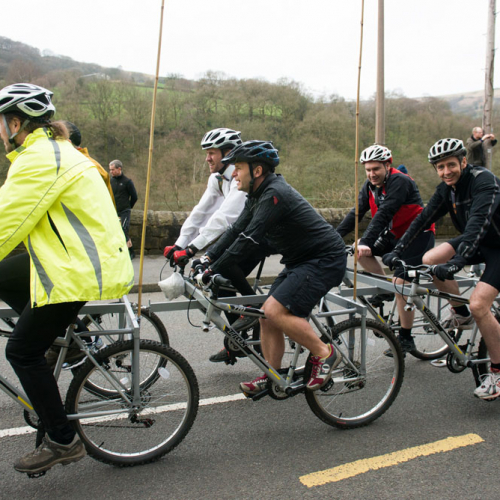 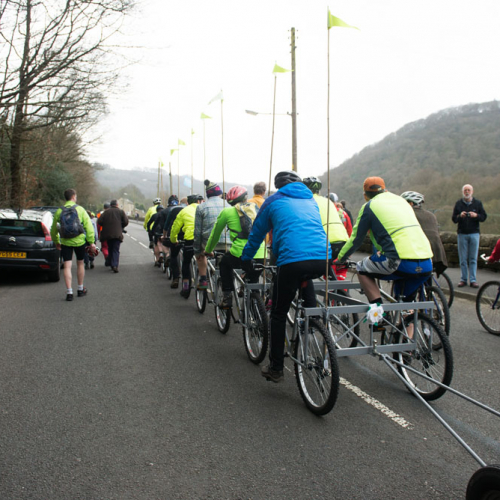 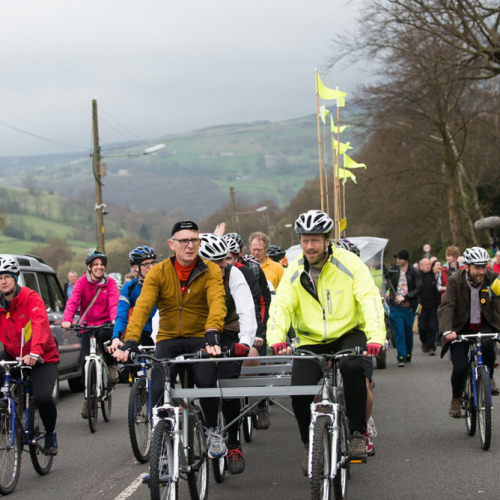 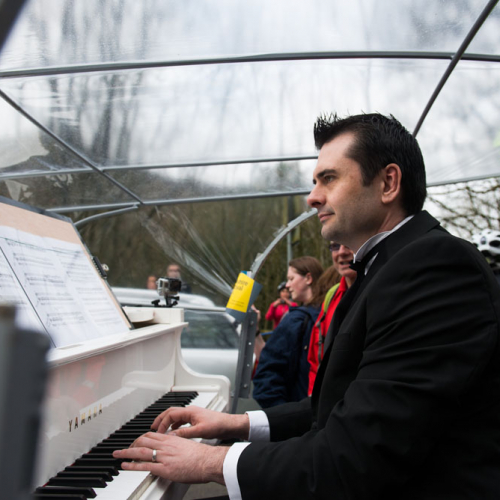 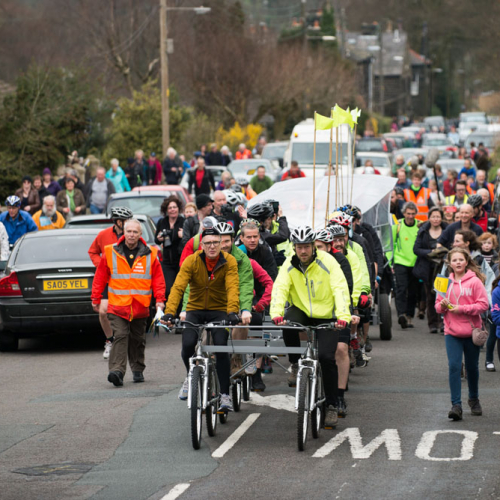 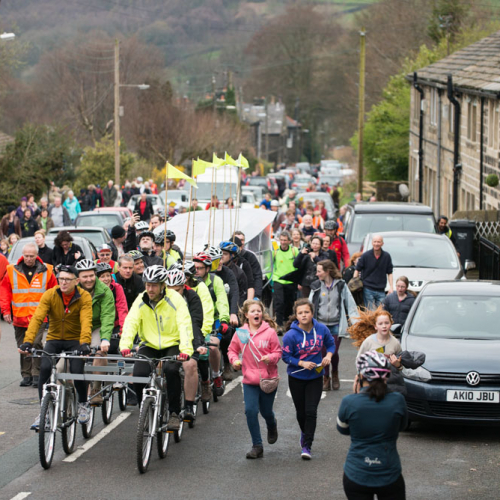 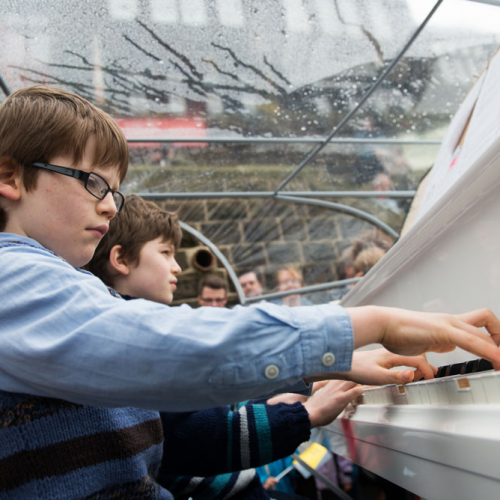 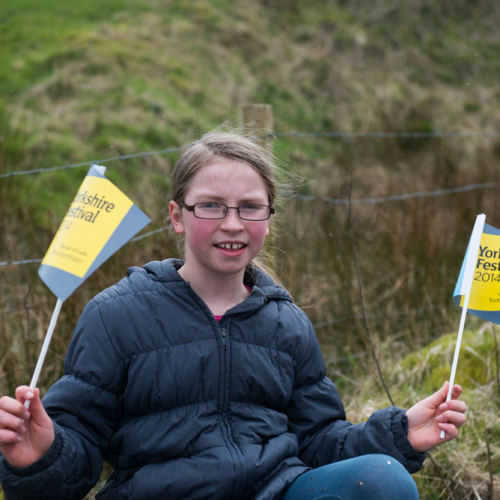 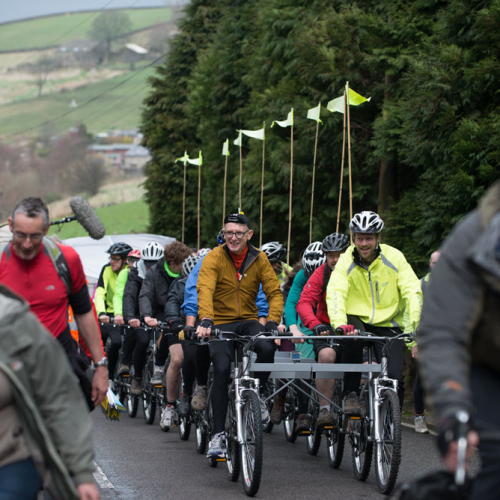 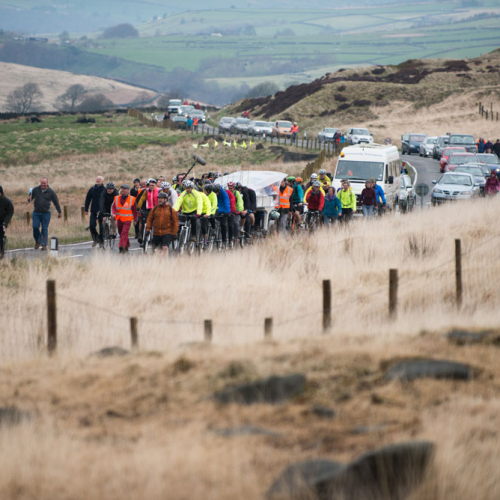 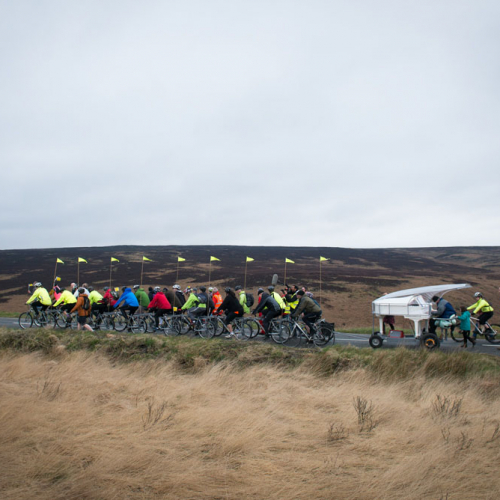 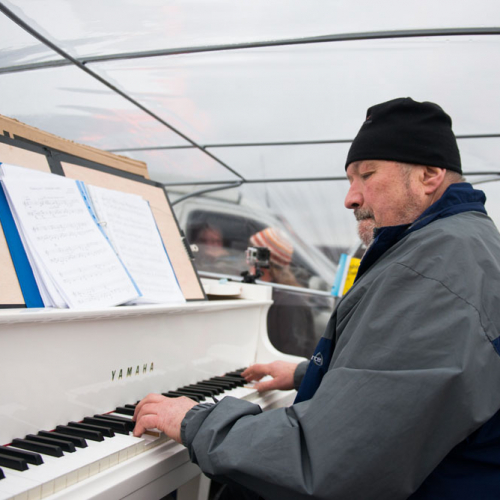 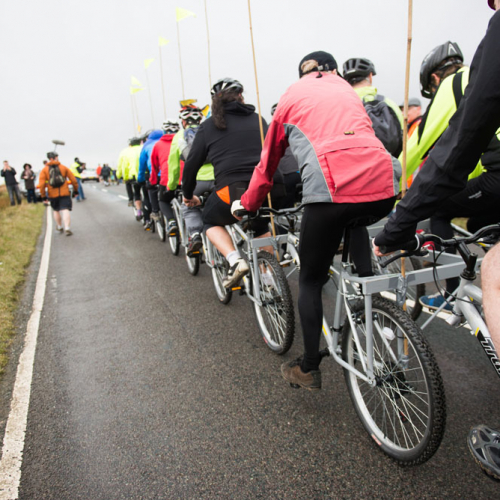 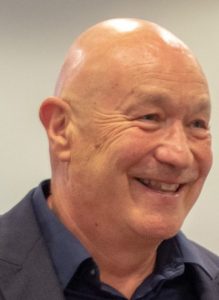 I am the Director of Hebden Bridge Piano Festival and also organise music events at Wainsgate Chapel. Sign up here to be kept in touch with what’s happening.